The thing about proposals is you just can’t fake that emotion. So when tPoz Photography sent us these photos of John popping the question, we immediately fell in love with Kristen’s many and varied reactions. We’ll let Teri take it from here:

“John and I planned to meet in the Baltimore Inner Harbor, as it is a special place for him and his girlfriend, Kristen. John is in the US Air Force, and when returned from his deployment overseas, it was Baltimore where Kristen met him to welcome him home. So as I was standing on one of the piers, my stomach had butterflies as I waited for the two of them to get there. John told Kristen that he wanted to take a picture of the harbor from the end of the pier, and even though it was quite frigid out, she went along with it. About halfway out to the end of the pier, she asked him “Do we really have to go out to the end?” His answer was “No,” as he suddenly stopped, spinning her around, and dropping to one knee. You can see the emotions quite clearly in the photos – confusion, shock, surprise, elation… and I couldn’t tell if I was crying or if the freezing wind was making my eyes water. After she responded with an enthusiastic “YES!” I congratulated the two of them and we had a mini-engagement session along the waterfront of the Inner Harbor.” 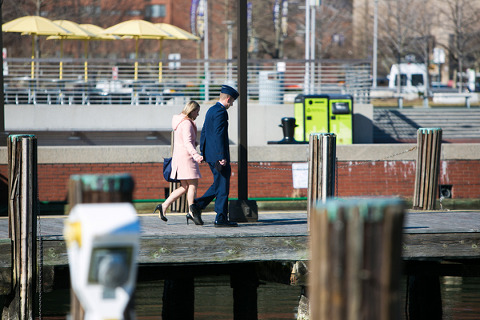 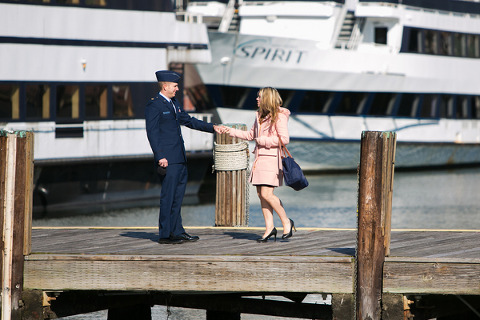 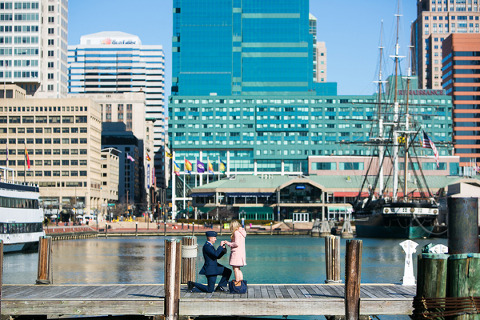 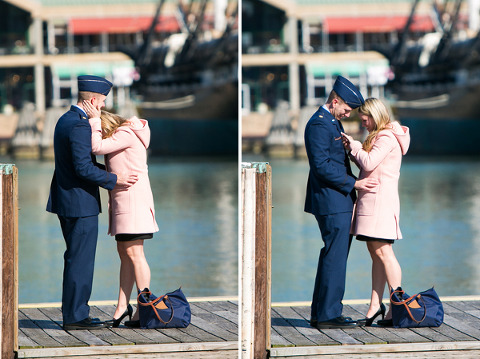 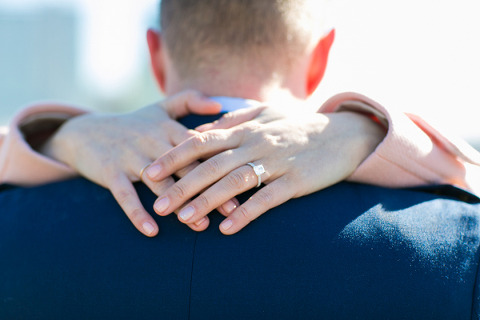 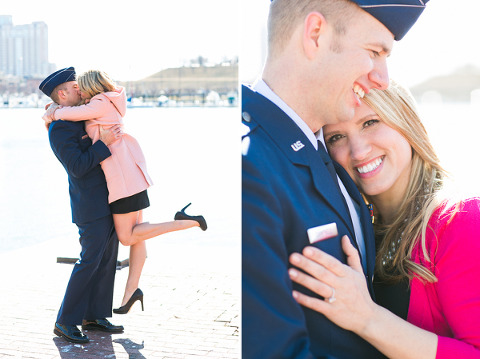 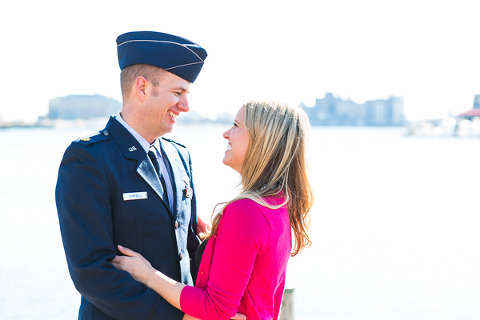 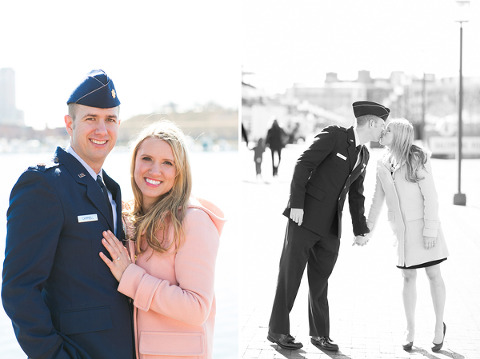 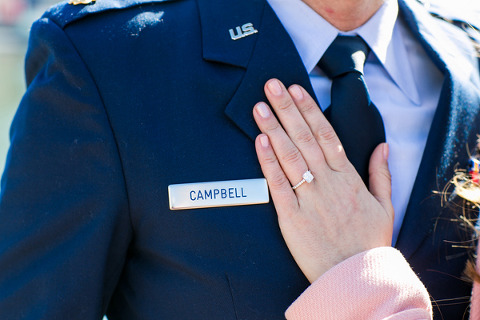 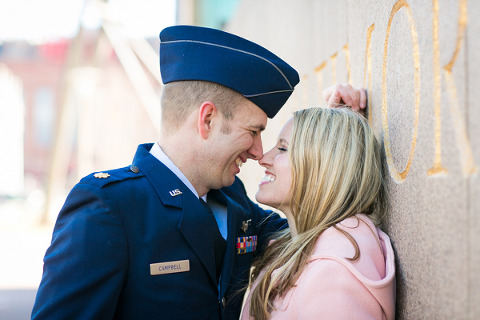