Alex and Paul met their senior year at University of Maryland, College Park. After graduation, they lived apart for the summer. Although they texted, talked on the phone, and visited each other, they realized how much they missed each other and wanted to be together. Alex and Paul moved to the DC metro area soon thereafter and spent time in Bethesda before moving to Northern Virginia, where they now reside. On their sixth anniversary, Paul proposed to Alex in New Orleans and she, of course, said yes!  The bride, Alex, was born and raised in Baltimore and knew that she wanted to capture the beauty of the city in her engagement photos—the waterfront, the industrial buildings, and the colorful row homes that line the city streets. Since the wedding is scheduled to be all indoors in summer of 2016 in the beautiful Lord Baltimore Hotel, Alex wanted something different for her engagement photos—outdoors during the fall. 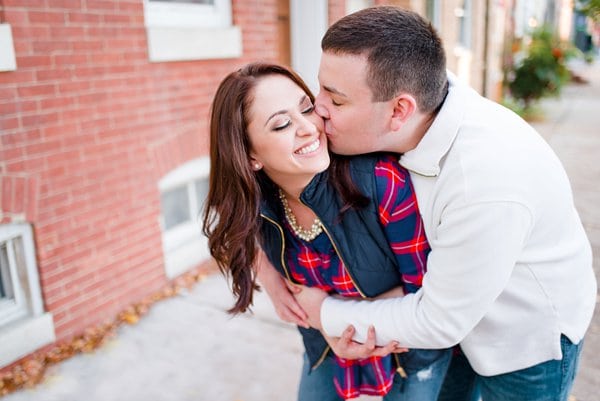 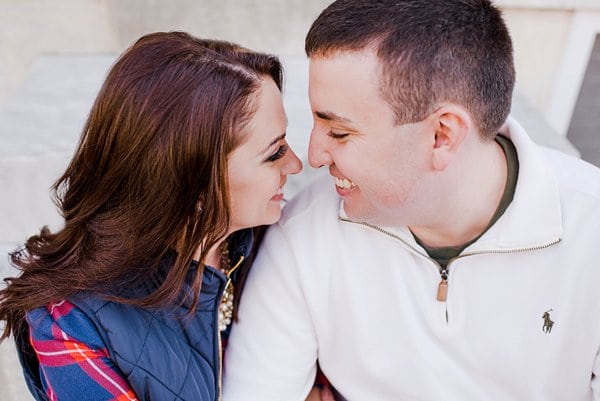 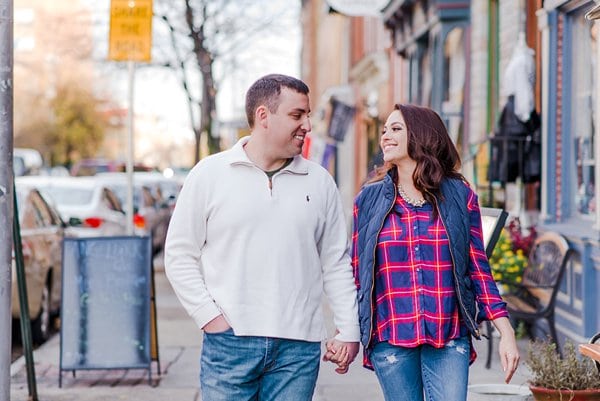 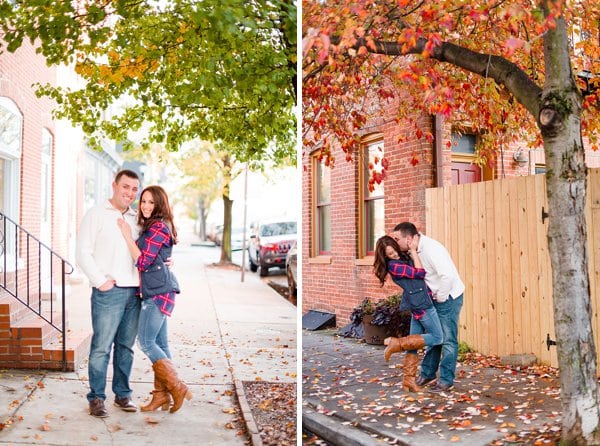 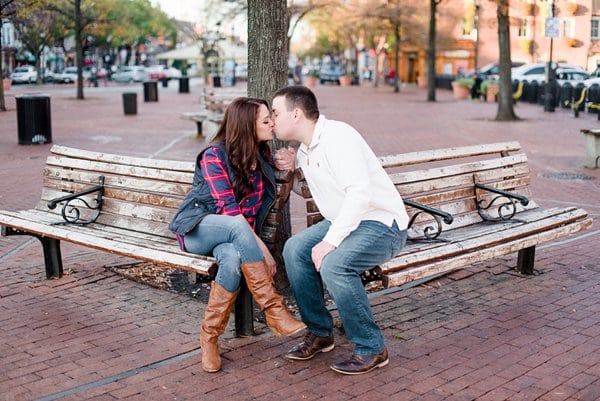 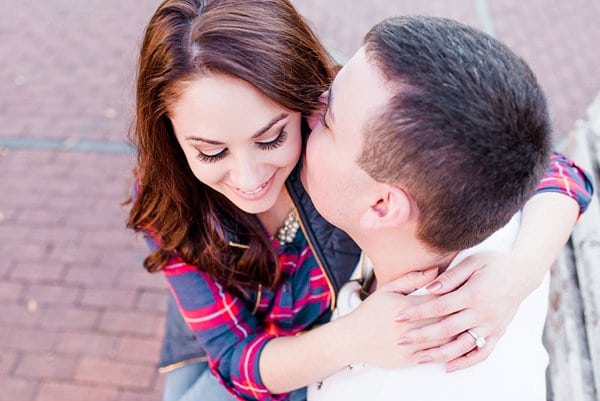 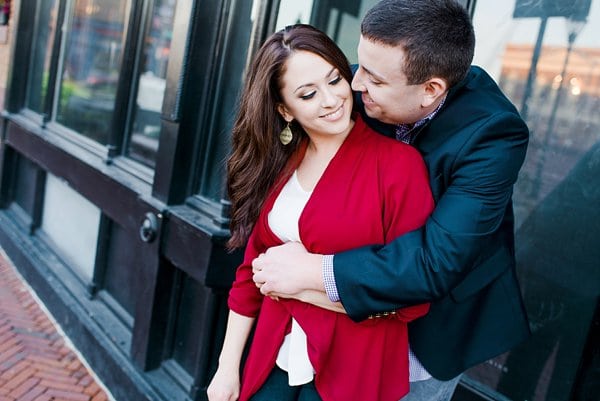 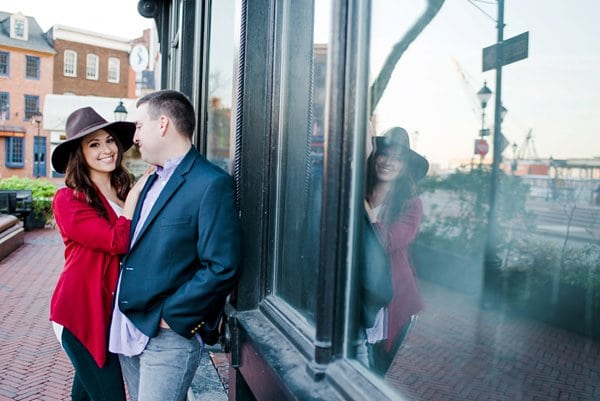 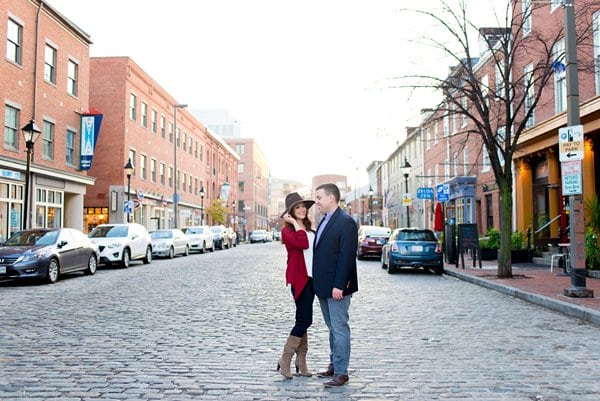 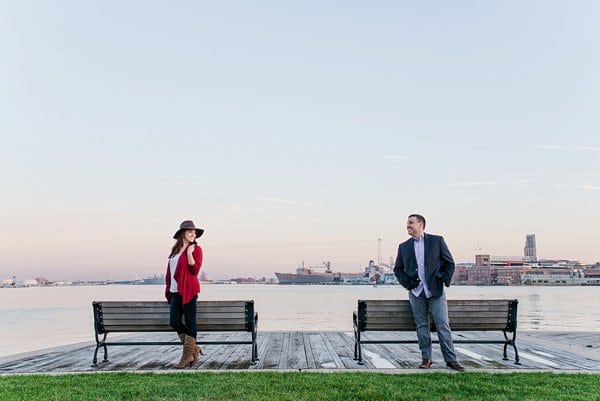 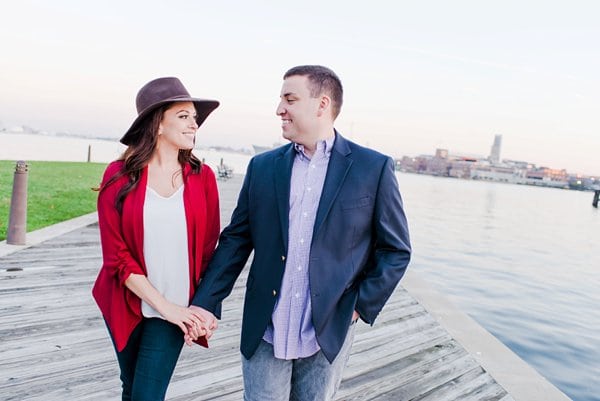 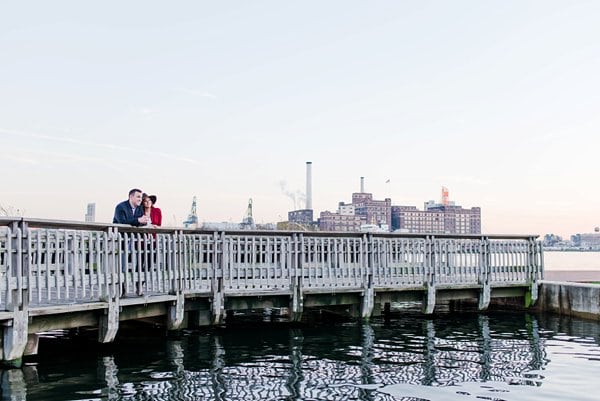