Letter From The Editor: Love Is Still Winning

Over the past few weeks, I have been completely overwhelmed with appreciation of love. Deep, renewing, redemptive love. Sounds corny, right? This is what I mean: it never ceases to amaze me how we always seek love no matter the circumstances we’ve endured. I truly believe we can only know what good is because there is bad. It’s an unfair, paradoxical reality, but I believe its what makes love so amazing. We only truly appreciate the fantastic feeling of being healthy after we’ve been as sick as a dog. We only truly appreciate good meal after we’ve had a horrible one. We only truly appreciate the good things in our lives because we remember all of the bad we’ve been through.

Charm City Wed’s goal is to share amazing wedding inspiration for the Baltimore area. But we’re going nowhere if we’re only sharing aesthetics and not sharing stories of love. To start, we love hearing about the way the couple’s proposal happened. Was it just the two of you? Was it a family affair? Maybe it was over the top, maybe it was simple… but it was special and beautiful, and that is all that matters. Maybe it was in a subway tunnel construction tour, like this couple: 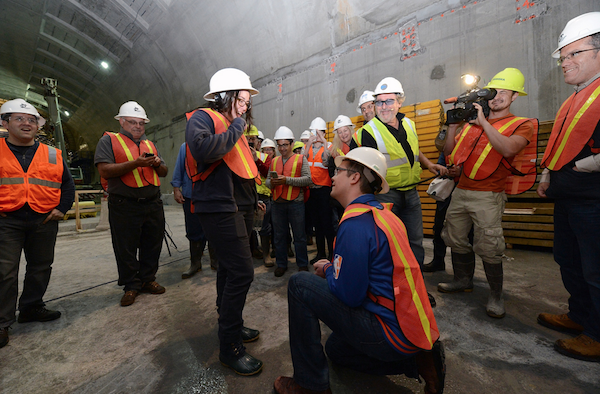 Sometimes, the deepest love is found and celebrated even through a heartbreaking loss. Ben & Ali Nunery were married in 2009, and Ali died of cancer just 2 years later. To celebrate her life and to make memories for their daughter Olivia, Ben recreated his and Ali’s wedding day photos with Olivia. Please grab a tissue, and read on. 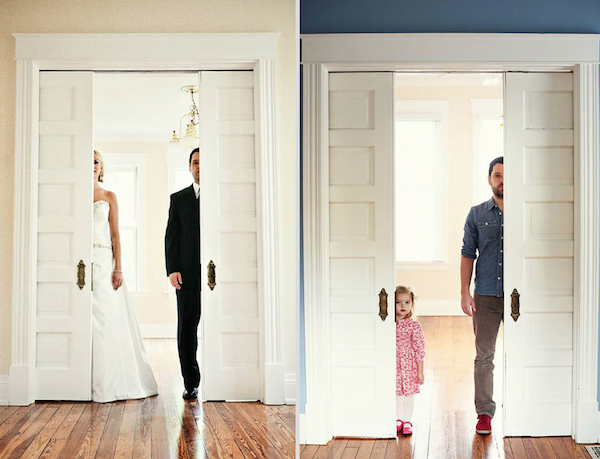 In sickness and in health… this couple truly knows what that means. While dating, Ian suffered a traumatic brain injury that was nearly fatal. Their dedication to each other and love through adversity is nothing short of inspiring. Please take a moment to read about their journey and watch the video they created, here. 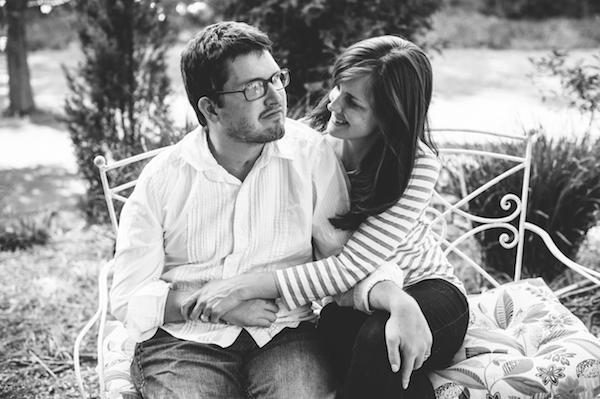 And finally, a story close to my heart. Stacey was a friend of mine through middle school and high school, in Lockport, NY. We danced with the same dance school and graduated high school together in 2001. Her mother Elizabeth shared Stacey’s love story with me:
“When out visiting a friend at a restaurant where she served, the friend introduced Stacey to her boyfriend’s roommate, Matthew. Stacey and Matthew started talking about Roswell Park Cancer Institute and how Stacey had been battling cancer, and eventually realized she was in the hospital at the same time his grandmother was, in the same unit. Then he asked her if a woman made her a blanket and dropped it off at her house and she said yes. He said: “I think that was mother!” By that time it was 2am, and he called his mom to ask her the name of the girl she made the blanket for from Roswell, and it was Stacey! From that night on they were inseparable and at one point he told me that he felt like they were the only two people on the whole place that night when they met. 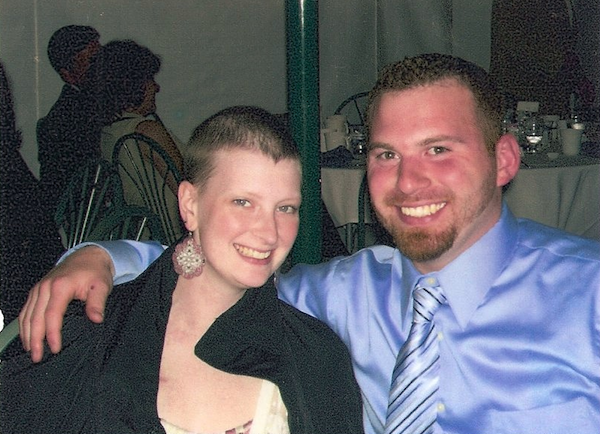 He proposed on her 26th birthday on March 21st, and they began planning their wedding for November the same year. However, in June it was determined that Stacey could no longer endure any more chemo and the treatments weren’t working anyway so the wedding was moved up to July 26th. On July 17th, she decided she wanted to go to hospice house and that was the day they had planned to get their marriage license. When the nurses came to the house to prepare for her transport to hospice they learned of the upcoming nuptials, and offered to Stacey and Matt to have the wedding at hospice that same evening! I called the city to see if we could get the marriage license and my attorney who went in front of a judge to get the 24 hour eating period waived. The woman from the bridal shop came to our house to have Stacey pick out her veil and headpiece and she sat on our living room and put it together. Both Stacey’s dress and my dress had come in the week before. The unity candles arrived two days prior and their wedding bands came in that day, and a local jeweler engraved them for us in one hour! My sister went to a florist and they gave her flowers for Stacey, the maid of honor and flowers for the mothers and fathers the groom and best man. Stacey’s mother in law went to Wegmans and they ended up donating a cake. There were four out of six attendants who were able to be there but not all of the girls had gotten their dresses yet. However, one of the attendants had been the vocalist at a wedding several months prior and the girls wore the same dresses and they let us borrow three of them and they were the exact sizes we needed! Also, Judi and I had bought blue ties for the groomsmen and some had to be shipped to us from Ohio and they arrived on the 16th! Matthew’s father is an engineer and he was on a train heading to Cleveland and the railroad company stopped the train and had another one that was headed back to Buffalo pick him up and he arrived a half hour before the wedding. One of Stacey’s good friends is a photographer and he came and took pictures. Also, there were a couple of cases of flowers in the room at hospice and we had enough for all the attendants and groomsmen and both sets of grandparents. We also had the cake toppers. Hospice provided food and champagne for the reception and 36 people came! Everything was perfect and was put together in 8 hours! If they hadn’t gotten married that weekend it probably wouldn’t have happened at all as she deteriorated and never would have been able to do it. She was married a total of 10 days when she passed away.” 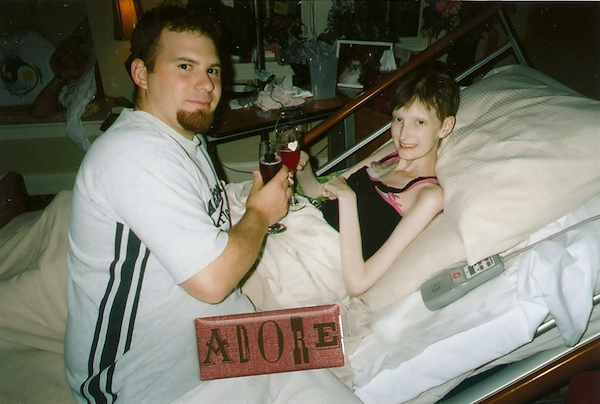 Everyone has a story. Everyone’s story is beautiful. And everyone deserves to love and be loved. Charm City Wed wants to share the love stories of couples and inspire through stories of corny, amazing, beautiful, bittersweet, fantastic love. Why?

Because LOVE IS STILL WINNING.