Proposal stories are just dear to our hearts. When this one came through our inbox, we were simply in love! These sweet photographs come to you from Marcella Treybig Photography and Norma, the bride to be, shares the entire story from her perspective throughout this post. We know you’ll fall in love! 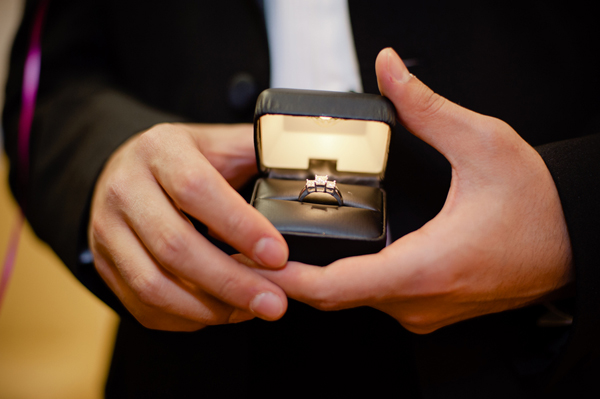 “We met in 6th grade and couldn’t stand each other, but by high school we became really good friends. Finally, on 2.29.04, he was taking me to buy shoe laces (an excuse to hang out). He then asked me to be his girlfriend! The same day, he tried to teach me how to drive.

We attended many school dances together and shared graduation. We took our first trip to Disney World as our graduation trip and dated all through high school and college. At the time, we didn’t realize our anniversary date was on leaper year, but since then – we have had only two anniversaries over the course of a 8 year relationship, 02.29.08 (our first anniversary) and 02.29.12 when he proposed.” 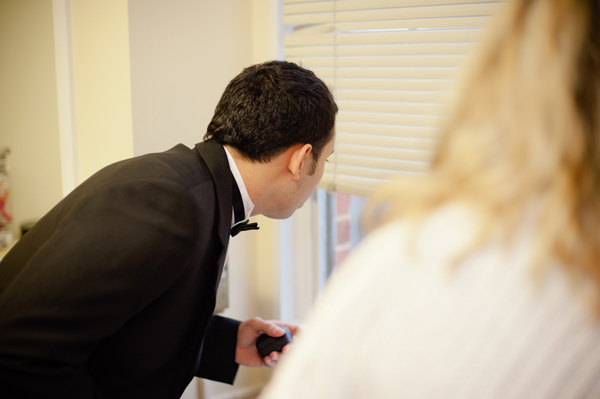 “Since our date only come every fours years we try to take the day off to enjoy it with each other, well this year I was called in to work last minute. I agreed to work and later he told me he had to work too. Since I was already working, I thought it was fine for him to as well and we would both be out at the same time. We had dinner plans for later that night. Well, he got up at 5am and got ready to ‘work.’ I had no idea what he had in store for me. My client was coming at 10:15 am, but my alarm didn’t go off in time and it was pouring rain outside. I quickly jumped in the shower, put on some rain boots, and drove to salon to be ready for my client. Diane had also called me and told me to be a bit early. I also had nail appointment after “work,” so I didn’t bother with my nails and had actually picked at my ring finger nails the night before. Big mistake for what was coming next!”

“I grabbed my make-up kit and some hair appliances Diane had left with me the weekend before and ran into the building. I felt a little bad I hadn’t gotten ready as I usually do for my client, due to the rain. So got into the elevator I could hardly hold everything I had in my hand. I placed everything down and rearranged everything so I could open the door. Which seemed locked, I wiggled it a bit and finally Diane opened the door and as I glanced up I saw all the balloons! I was so confused, thoughts ran through my head but I wasn’t sure this was it. I quickly thought Diane might have had balloons left from Valentine’s Day.”

“I took a step in and there he was… on one knee! My mom, sisters, and close friends were there and a wonderful photographer – whose work I had seen weeks before! I had told him about her and how much I would love for her to take photos of us. Tears rushed to my eyes, but I took one big gulp and kept them in. As I approached him I couldn’t hear anything else but, Will you Marry Me?” 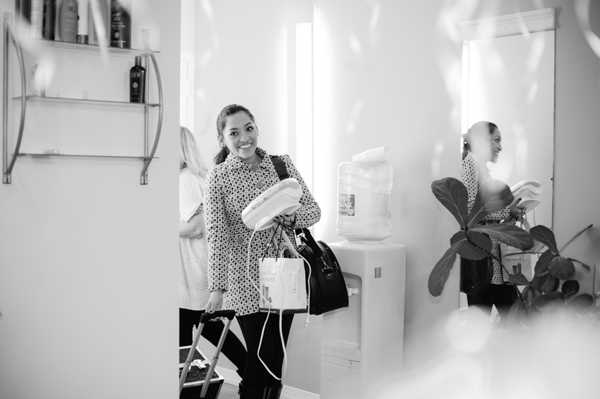 “Norma, 8 years ago I dropped you off for work here and told you “I LOVED YOU” for the first time. I love you more than that day. Will You Marry Me?” 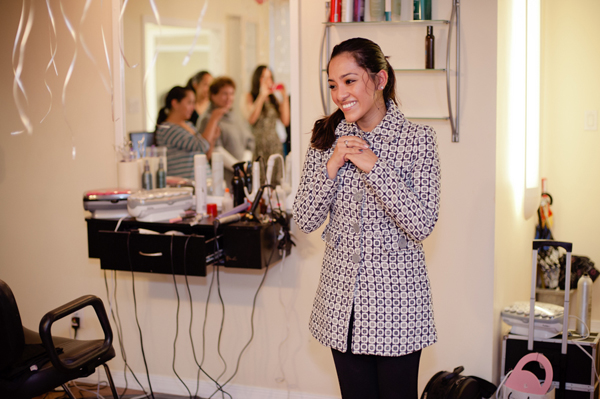 “I was so nervous, I might have nodded yes or said YES! He placed he ring in my finger and we kissed and hugged! He had a champagne bottles friends and family all helped pass them around we cheered with great happiness. I was in shock for the rest of the day with a big smile in my face. After he proposed, I remember shaking through every photo!” 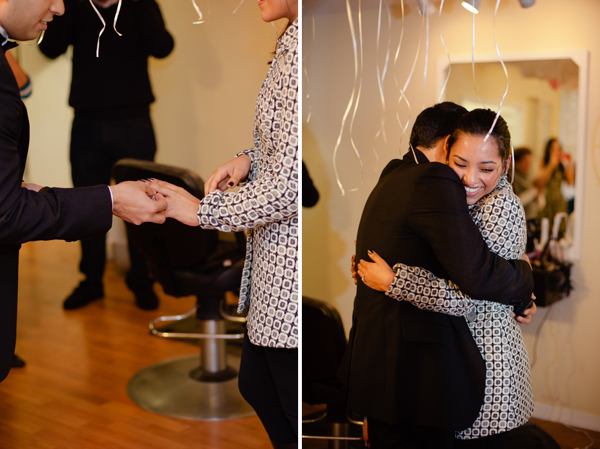 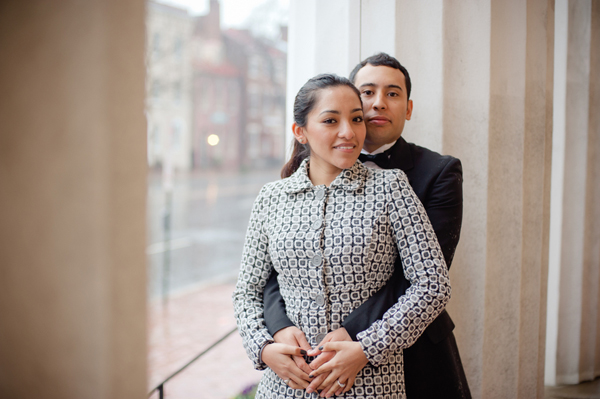 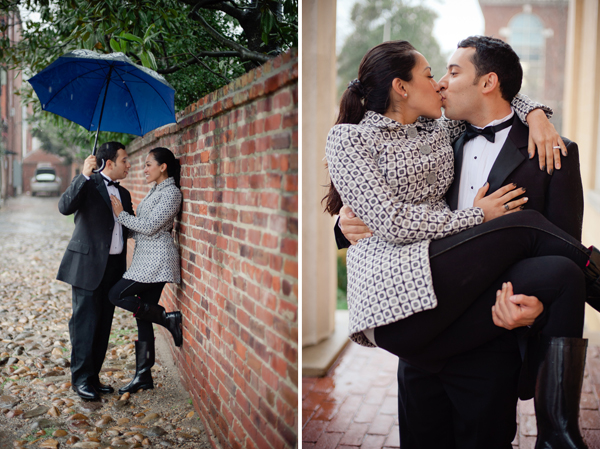 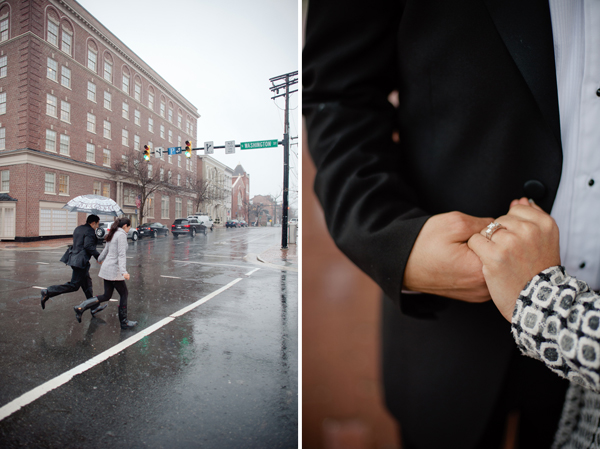 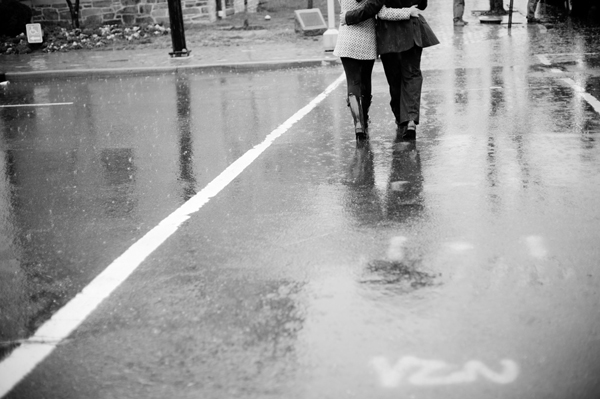 “I couldn’t have asked for a better proposal and this has been a great a story to share with family and friends. Recently he mentioned to me, that his biggest worry was that the proposal wouldn’t be a great story to share with others. He wanted me to have something special to share with every time I was asked, ‘how did he propose?’, and I definitely do! This also assures me that I am marrying the right man for me: one who listens to the smallest of my details and makes things happen to make me happy. I truly love him and I can’t wait to start my life with him.”